The Rise of Electric Cars

Posted: 5th Oct 2020
We're still waiting and hoping for flying cars, but for now, we can keep our eyes open for the huge advancements in both technology and safety that electric cars are providing us.

In the film ‘Back to the Future Part II’, we were shown the year of 2015. Featuring hoverboards, self-drying clothes, and self-lacing shoes which would make our lives much easier and much more efficient each day.

The other aspect shown was hover-cars, something that many are still looking forward to.

We’re now in 2020 and even though flying cars haven’t come to pass in the thirty years since the film debuted, we’ve had huge advancements in how we are using cars and how they operate.

The electric car has been a long-standing aim in the car industry, and more-so in the last decade. With the rise of brands like Tesla, they have been able to put electric cars into the public consciousness and out of the automotive sector where some saw it either as a fad, or the next big thing that simply needed a push.

The Tesla Roadster debuted in 2008 and disrupted the market; it demonstrated what was possible and where the industry could go. It set a trajectory that other manufacturers are only realising now, with Nissan, Ford, Mitsubishi and many more offering electric counterparts of their models.

From environmental reasons to car parking benefits, the reasons to keep a closer eye on electric cars grow by the month. 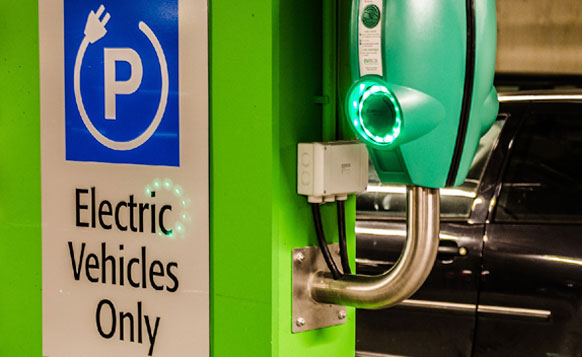 The benefits are wide-reaching, but the main ones are:

EV (Electric Vehicle) Charging: Think of it similar to charging your smartphone, but at a grand scale. You would drive up to your garage and for however long until you would need to drive again, it would be plugged into a charging point. At the time of writing, the most common car-charger is a ‘Type 2’ connector that can charge a car in a half hour, up to 75 miles. Even for the cost, a full charge would be roughly £8.40, a far cry from what a full tank of petrol would be for a standard car.

For example, a full charge for a Nissan Leaf 2018 model, would be £5.60, giving a full charge of 150 miles. Essentially that’s a one-way journey from Lincoln to Liverpool, and when that’s compared to train fares or regular cars, the cost of this clearly outweighs any potential disadvantages of having an electric car.

Charging points are growing to be readily available by the week, with many appearing at service stations and even car parks. Here’s a map that shows just how many there currently are, just to give an idea. We are still a while away from seeing these instead of petrol stores at service stations across the motorway, but it’s only a matter of time.

Government Grants: The government has been a huge proponent in recent years of being carbon-neutral, with a deadline of 2035, which is why they have a variety of grants available.

For example, they can offer a grant of up to £350 for a charge point at your home or place of work, or up to £3,000 off the price of an electric car. There are caveats of course, such as eligible models requiring their CO2 emissions to be less than 50g/km and also a zero-emission range of 70 miles or more. However, the overarching theme is that you are being encouraged to have a zero-emission lifestyle, that can cross over into your work and home life if you commute for work. The government is encouraging this whole-heartedly, so if you are looking to buy an electric car, now is a great time.

Easier car parking where available: We’ve all been there; trying to find a free parking space across four or more floors at a car park, and even then, no spaces available. With an electric car, you almost get a VIP pass. You simply park up, pay your parking ticket as usual, but then you charge and complete any errands that need to be done.

It’s the ‘two birds, one stone’ analogy. You have somewhere to park but it also charges the car for the journey home, and subsequent ones in the coming week.

This map shows just how common the charging points are becoming, with these now being factored into town centres and car parks as a way of encouraging a green economy for the car industry.

These are just a few of the benefits for electric cars, but it’s only the start of the boom. The prices used to be astronomically high, but they are coming down to a price that’s now affordable for many, and in the long term, even more so as well, thanks to the low maintenance and the cheaper rate to refuel through charging stations.